Lethal bronzing disease was discovered in Florida in 2006 and is caused by a phytoplasma; a type of bacteria that lacks a cell wall. Some may remember a similar disease also caused by phytoplasma that was prevalent in 2007, lethal yellowing (LY). “In 1969 LY appeared in Key Largo and in late 1971several trees in Coral Gables were diagnosed as having LY. Within months the disease had killed a thousand trees in Miami.” “In Key West, 75% of the coconut palms were destroyed.”  The LB phytoplasma is similar but genetically distinct from the phytoplasma that causes lethal yellowing.

Royal Green has seen increasing positive samples over the last 2 years, we were dealing with it first in Vero Beach and it has made its way down the coast; Fort Pierce then Jensen and Stuart. Over the last 8 months or so we have picked up positive samples moving south and as far west as I95 in St Lucie, Palm City, Stuart and now Hobe Sound.

LBD is transmitted by a planthopper, Halpaxius crudus. This plant pest injects the bacteria through their saliva when feeding on the sap from the palm’s foliage. Once a tree is infected with LB there is no cure; the palm needs to be removed. The only treatments for these phytoplasma diseases are preventative injections of the antibiotic oxytetracycline. The injections are done on a quarterly basis.

“Lethal yellowing has eliminated nearly all of the ‘Jamaica Tall’ coconut palms in Dade County, but some plantings of ‘Jamaica Tall’ had escaped the disease by 1981. Broward County has also lost most of its original coconut palms. Palm Beach County, largely because of the success of antibiotic injection programs, had lost only 35-40% of their coconut palms by 1981.”

Most recently Sugar palm has been added to the susceptible host list according to Dr. Bahder.

We have had great results with the antibiotic injection program. There are currently 16 palms on the susceptible list for LB

“The first symptoms of LBD are variable. However, if fruit is present, the first symptom is generally premature fruit drop (Figure 1). If fruit has not set but inflorescences are present, they will become necrotic (Figure 2). Note that if the palm is not old enough to produce fruit, if it is not putting out an inflorescence at the time of infection, or if the inflorescences are trimmed, then these will not be reliable indicators for infection status. Inflorescence necrosis/fruit drop progresses to discoloration of the oldest leaves (closest to the ground) that gradually advances to younger leaves (Figure 3). The final stage of the disease is the collapse of the spear leaf, indicating that the heart or bud of the palm (apical meristem) has died and the palm has completely declined with no chance of saving it. The length of time between infection and symptom development (latent period) appears to be about four to five months. From symptom development to collapse of spear leaf is about two to three months, but this is highly variable. In some cases, no leaf discoloration is observed, but the spear leaf will collapse and the palm will test positive. Symptom progression occurs at different rates in different palm species.” 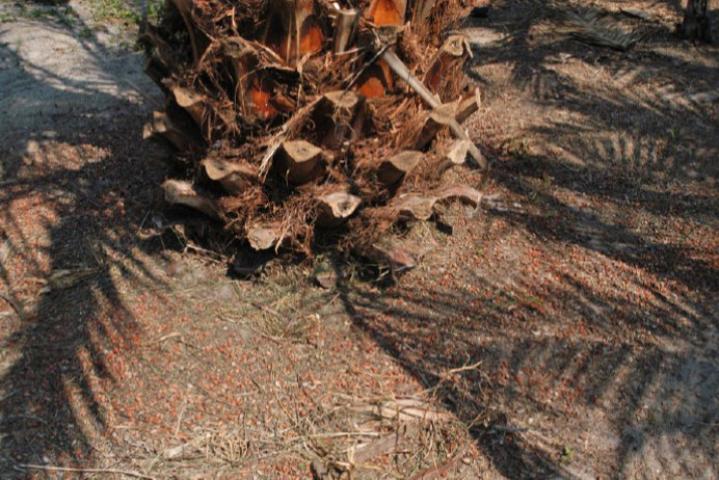 Figure 1. Premature fruit drop is an early symptom of LBD. 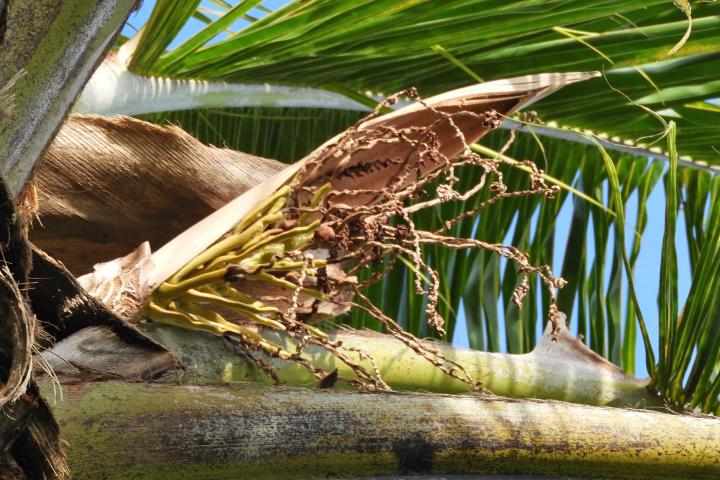 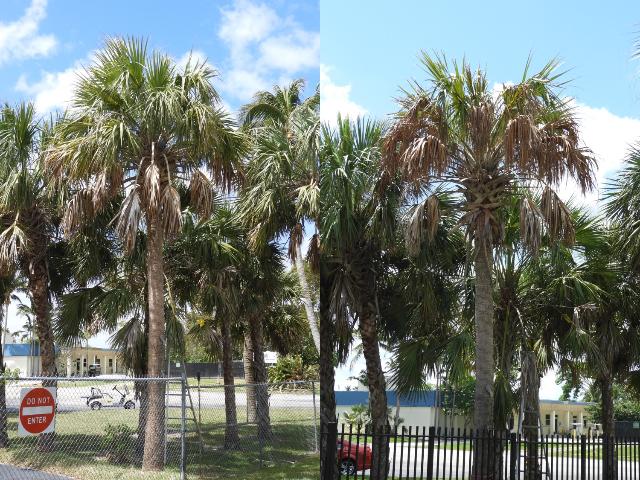